Inspectors say they are increasingly concerned about the pressure on NHS hospitals as new figures show more than half of A&E departments are inadequate or require improvement. 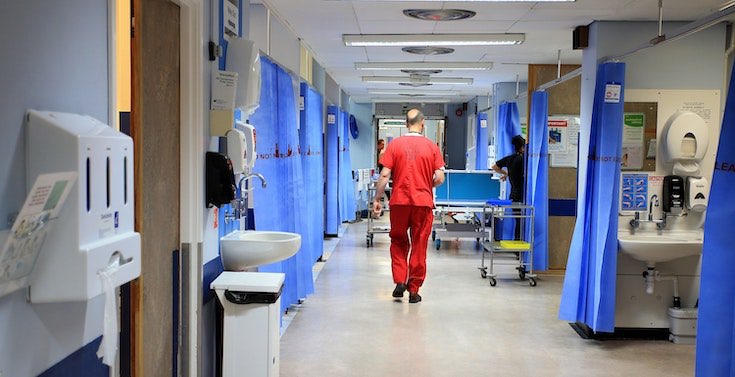 Hospitals are facing a ‘perfect storm’ when it comes to some services, the Care Quality Commission said

A&E Depts most likely to get CQC Inadequate

The Care Quality Commission’s (CQC) annual state of care report found that emergency care standards have slipped over the last year, with A&E departments the most likely part of a hospital to be ranked inadequate.

The CQC also warned of a “perfect storm” across health and social care where people cannot access care, or where the care comes too late to meet their needs.

Inspectors said A&E departments had not had their usual “breathing space” over the summer to prepare for the coming winter months, which can see high numbers of patients suffering flu and existing illnesses made worse.

The data shows that, in 2018/19, 44% of urgent and emergency services were ranked as requires improvement while a further 8% were inadequate.

This is up on the 41% requiring improvement and the 7% ranked as inadequate the year before.

The CQC’s chief executive, Ian Trenholm, said people “are being pushed into inappropriate care settings” that do not adequately meet their needs, due in part to inadequate social care and mental health provision.

The report also said “too many people find it hard to even get appointments”. Mr Trenholm added: “We know that it’s a combination of increased demand and challenges around workforce are creating something of a perfect storm, and if that perfect storm is allowed to continue we will have a number of problems.” 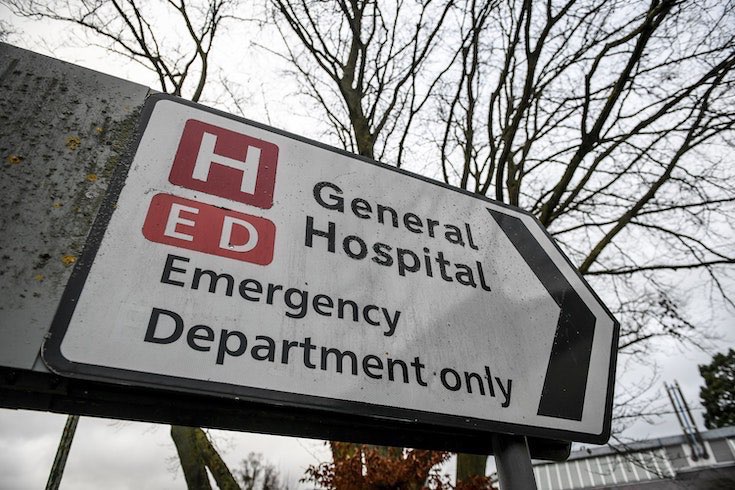 A&E departments are more likely to be ranked inadequate

He said over the last five years, the 18-week waiting list for planned hospital treatment has gone up from around three million people to 4.4 million people.

People are also having to wait longer in A&E, he said, adding: “Winter is always busy but the NHS can pause for breath – catch its breath – throughout the summer.

“But this year it hasn’t been able to do that.”

He said A&E “is the department in a hospital that we are most concerned about”, adding there was a “rising demand and people struggling to provide high quality care” throughout emergency departments.

Professor Ted Baker, the CQC’s chief inspector of hospitals, said A&E staff had told him they were “working under enormous pressure” with some A&Es seeing a 10% rise in demand for services.

“A&Es are under tremendous pressure,” he said. “There needs to be a system-wide change, people need to get the care they need in the community…so they do not need to attend A&E unnecessarily.

Safety also highlighted as an issue

In its report, the CQC also said it had concerns regarding the safety of some NHS services, although this has improved slightly over the last year.

Some 36% of NHS hospitals are currently ranked as requiring improvement on safety, while 3% are inadequate.

The CQC also warned of a “serious deterioration” in the quality of inpatient services for people with mental health problems, learning disabilities and autism.

Some 10% of inpatient services for people with learning disabilities and/or autism were rated as inadequate, compared to 1% the year before.

And 7% of child and adolescent mental health inpatient services were rated inadequate, up on 3% the year before.

Mr Trenholm said there had been an “increasing and accelerating deterioration” in the care offered to people with learning disabilities and/or autism.

“We know that the failure to agree a long-term funding solution is driving instability in the sector.”

He said he could not say “one way or the other” that NHS care would get better after the Government put extra cash into the health service.

He added: “We are calling for a long-term, sustainable funding solution for social care.

“The NHS cannot operate on its own. It needs that funding for social care.”

Last year, former prime minister Theresa May pledged an extra £20 billion a year by 2023 for the health service.

Dr Nick Scriven, from the Society for Acute Medicine, said at some point the NHS would “reach a vital tipping point and care will be compromised despite all the heroic efforts by the human side of this, the staff in post.”

Jeremy Hughes, chief executive at the Alzheimer’s Society said: “The report’s findings echo what we’ve seen through our campaigning, that the dire state of social care is resulting in more and more people with dementia being rushed to hospital with falls, dehydration, infections, and other avoidable emergencies.”

A Department of Health and Social Care spokeswoman said: “We are supporting our most vulnerable by transforming mental health services with a record spend of £12.1 billion this year and are working to reduce the number of people with learning disabilities and autism in mental health hospitals by improving specialist services and community crisis care, reducing avoidable admissions and enabling shorter lengths of stay.

“We will set out our plans to reform social care in due course.”

I studied English before moving into publishing in the mid 90s. I co-founded this and our other three sites in 2008. I wanted to provide a platform that gives a voice to those working in health and social care. I'm fascinated, generally, by the career choices we all make. But I'm especially interested in the stories told by those who choose to spend their life supporting others. They are mostly positive and life-affirming stories, despite the considerable challenges and burdens faced.

I studied English before moving into publishing in the mid 90s. I co-founded this and our other three sites in 2008. I wanted to provide a platform that gives a voice to those working in health and social care. I'm fascinated, generally, by the career choices we all make. But I'm especially interested in the stories told by those who choose to spend their life supporting others. They are mostly positive and life-affirming stories, despite the considerable challenges and burdens faced.

Thousands Of EU Care Workers Could Lose Right To Work

The care sector faces another major challenge this summer, after research suggested that one in seven EU employees are unaware they need to apply for settled status before June 2021.

An NHS England report has discovered that only 1,007 eligible former nurses out of a total of 71,000 returned to work during May and June.

Our Training Course Service Will Launch In 2021

We will list your training courses - for free. If you provide e-learn, webinar, classroom, university or on-site courses in health & social care, then partner with us to reach our audience.